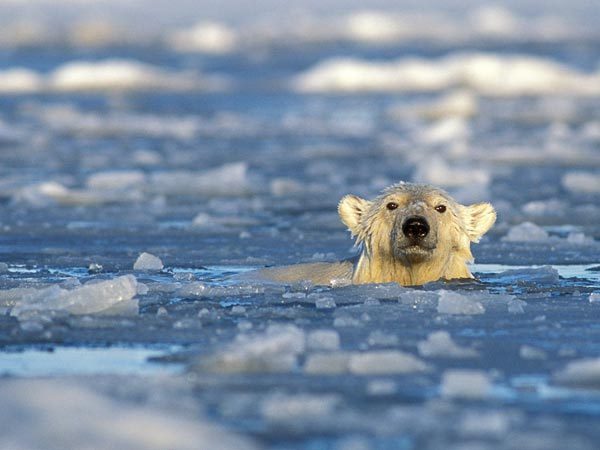 A female polar bear swam for a record-breaking nine days straight, traversing 426 miles (687 kilometers) of water—equivalent to the distance between Washington, D.C., and Boston, a new study says.

The predator made her epic journey in the Beaufort Sea, where sea ice is shrinking due to global warming, forcing mother bears to swim greater and greater distances to reach land—to the peril of their cubs via news.nationalgeographic.com