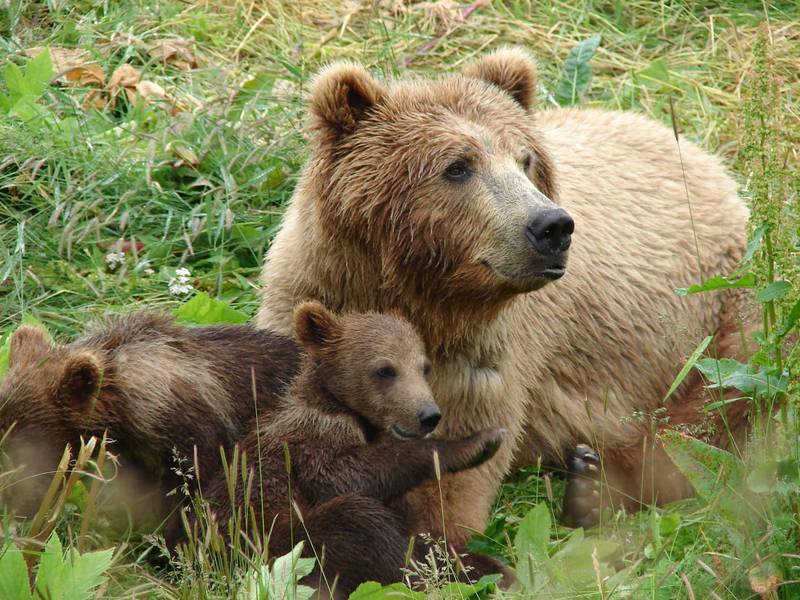 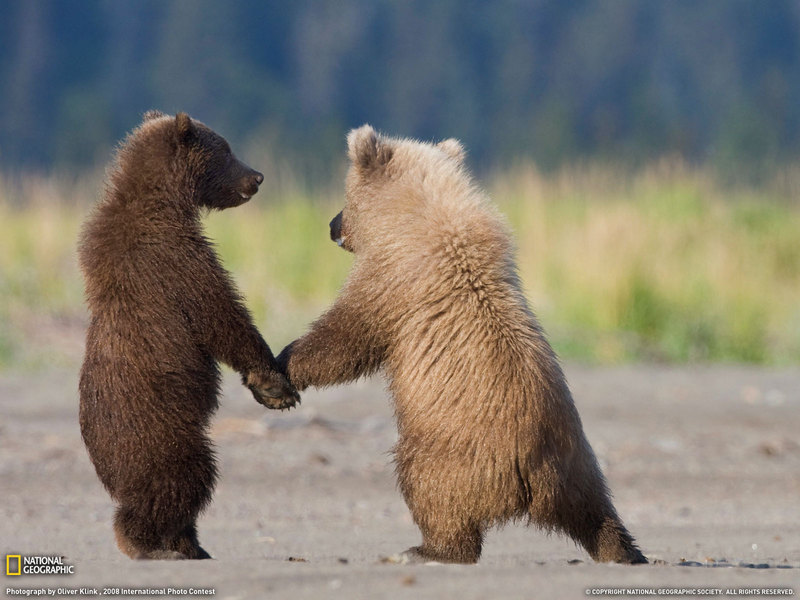 Grizzly cubs are unpredictable. At one moment they look at you with their intrigued eyes, and suddenly run away scared by unknown behavior. These two seven-month-old cubs thought that holding hands would make the danger disappear. 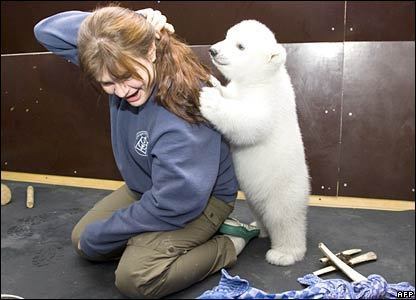 Three baby pandas are drinking milk lying on the ground. 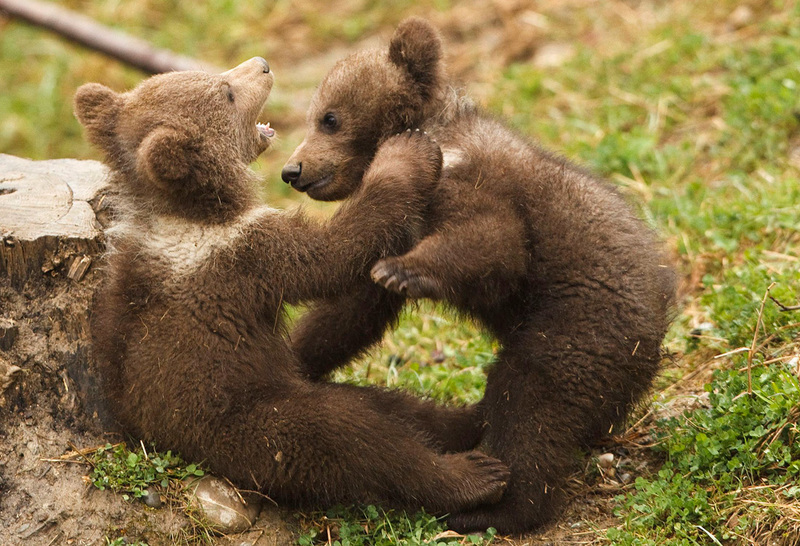 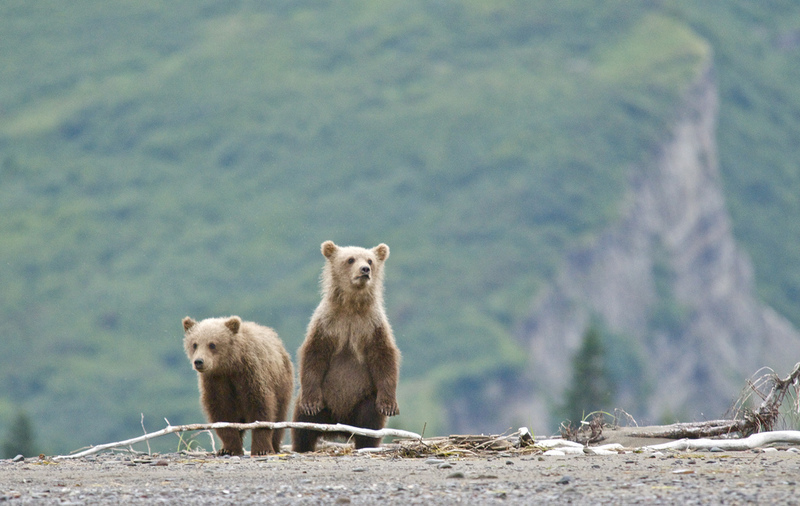 Some 3 month-old polar bear cubs go exploring at this zoo in Russia. 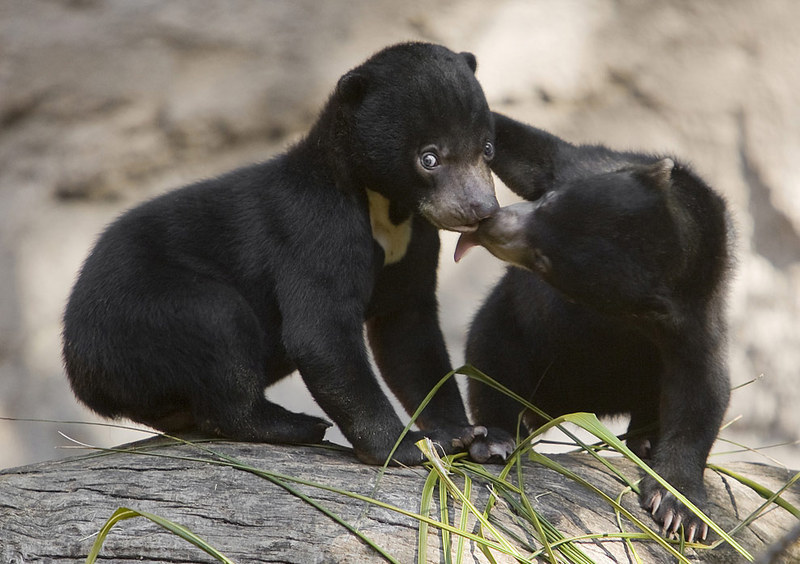 Pagi, right, a female Bornean sun bear cub whose name means "morning" in a Malayan dialect, licks her brother, Palu, who is named after a valley in Borneo, as they made their public debut at the San Diego Zoo on Monday, March 16, 2009. The twins are only the third Bornean sun bear litter to be born in North America, all of which have occurred at the San Diego Zoo, where researchers are studying reproductive biology and maternal care of the sun bear.